Of course, these laws surprise no one, because laws like these aren’t new. But what Pritzker said in a statement after signing the bill reveals the true intentions behind this bill and similar gun control laws.

As mentioned, part of what HB 5471 bans possession of commonly owned sporting rifles like the AR15 and refers to them as “weapons of war,” and “assault rifles”. Proponents of the “common sense” gun control law tell you that these laws will reduce crime and make the streets safer. However, when addressing the portion of the law that allows those who already own the prohibited firearms to keep them, provided they register them with the government, Pritzker said this:

The new law also requires existing owners of semi-automatic rifles to register their ownership, ensuring that law enforcement knows the location of these weapons of war and who to hold accountable if they fall into the wrong hands. – J.B. Pritzker

Did you catch that? If someone’s firearm “falls into the wrong hands” who are they looking to “hold accountable”? The gun owner. Now I believe in responsible gun ownership, which includes storing your guns safely and controlling access to them. But the emphasis on holding the law abiding gun owner accountable, instead of the person who steals a gun and uses it in a crime, should tell you everything you need to know. 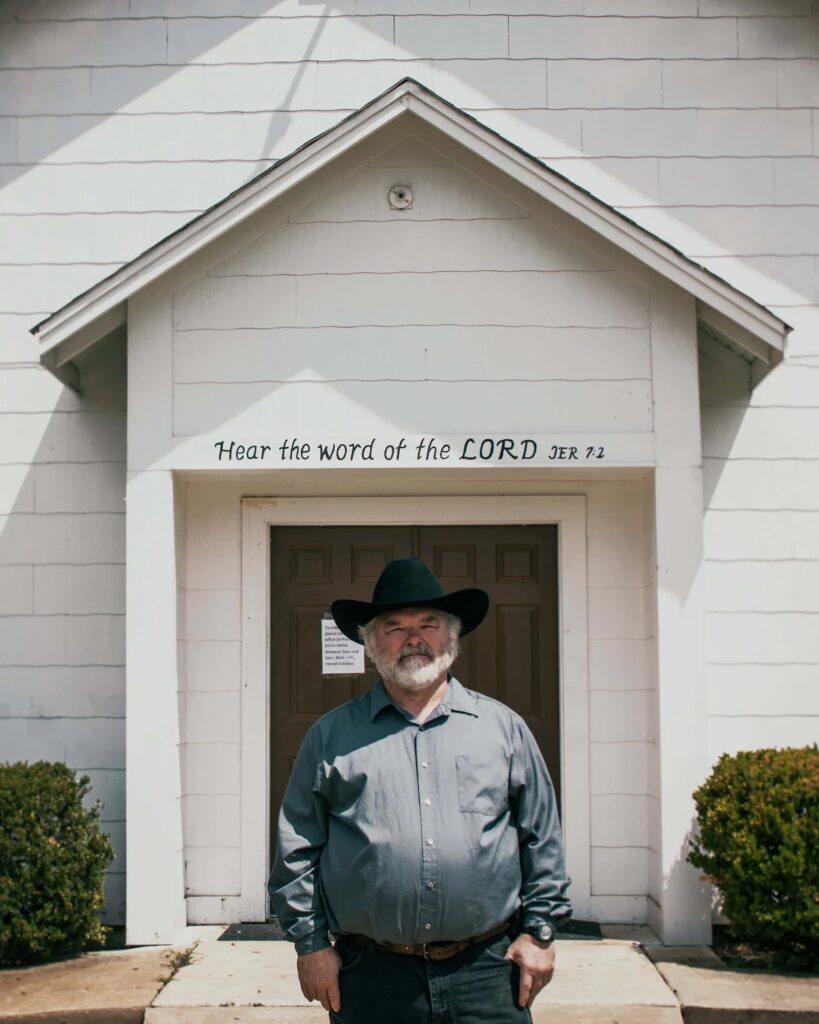 Things would have been different had Stephen Willford not been able to engage the shooter with his rifle. -Photo courtesy of Texas Monthly.

Legal gun owners are the actual target of these laws. The goal is to hinder the average citizen’s ability to defend themselves against the criminals being released back into the community. This makes people more dependent on the state for protection and increases the government’s power. It’s simple to see if you just listen to proponents of the laws.

If you live in Illinois, do you know who the Illinois legislature was fighting against for the past 4 years? Well, let’s hear it from J.B. himself.

For the past four years, my administration and my colleagues in the State Capitol have been battling the powerful forces of the NRA to enshrine the strongest and most effective gun violence legislation that we possibly can… J.B. Pritzker

For context, in the most recent years we have statistics for, if we take 4 years from 2018-2021, the number of Americans who died due to drug overdoses was an incredible 345,465! Comparing death totals, if we look again at years we have complete data, in 2020 there were 43,676 deaths attributed to firearms. This includes homicides and suicides. In the same year, 2020, 95,955 people died of drug overdoses. So far, the numbers reported in 2022 are on par to match or be higher than the 108,813 Americans who died of drug overdoses in 2021.

Take a free Free 14-Day Trial of Guardian Nation to see all that a membership provides.

What is The Point?

The point of this post isn’t to comment on the moral state of decay in our country. But rather to call people to wake up and see what is really going on in front of your eyes. Where are the officials that want to address the obvious drug crisis? Instead of trying to figure it out, law-makers are making drugs more accessible, and pushing a spirit of apathy upon whole demographics of people. At the same time, public servants are patting themselves on the back for passing laws they know will not reduce violent crime.

These things are already illegal to do, and people do it every day because they don’t care about the law. The Illinois legislature just made it more difficult for a homeowner to defend themselves against a criminal who doesn’t give a rip about an AR 15, or “high capacity” magazine ban. I guarantee J.B. is relying on dudes with guns to protect him and his family and not a toy lightsaber.