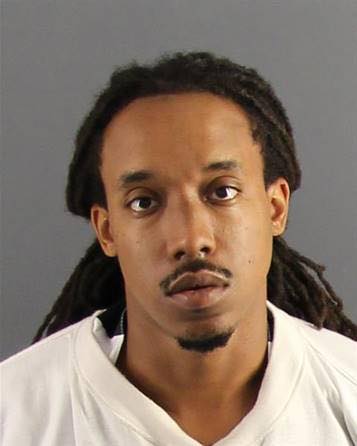 Peoria, Illinois – A man was arrested on Sunday September 1st after police say he fired at officers. The suspect says he didn’t realize the person he thought was a burglar was, in reality, a police officer.

According to Peoria Police Department (PPD), officers were dispatched to the 300 block of East Virginia St. for a call from a woman asking for police help. When dispatchers asked what the problem was, the call was abruptly dropped and there was no answer when an attempt was made to call the woman back.

Police arrived at around 4:25 a.m. and reportedly observed an individual standing outside the home with a gun in his hand. The suspect, identified as 27-year-old Jordan Cremer, refused to drop the gun when ordered to do so and instead fired two shots.

The officer returned fire but neither men was hit by the exchange. Cremer then jumped into a car and fled East on Virginia with law enforcement close behind.

After only a block of flight, Cremer crashed his car into the front porch of a nearby home where he was quickly apprehended by officers. The gun he had been holding at the time of the shooting was recovered from where he’d thrown it out the window before crashing.

According to newly sworn in State’s Attorney Jodi Hoos, Cremer was standing outside the home of his girlfriend where he was staying at the time, when he mistook the officer for a burglar and drew his gun and fired into the air to scare him away.

This alleged situation highlights a few key things to avoid when defending your home.

Read here for the latest tactics and techniques with the Complete Home Defense – Tactics For Defending Your Castle.