Join Our Newsletter
Shop Our Store
MAIN MENUMAIN MENU
You are here: Home › Blog › Woman Kills Attacker Defending Her Life At A Chicago Bus Stop
By Joshua Gillem on January 9, 2019 in Chicago, dgu 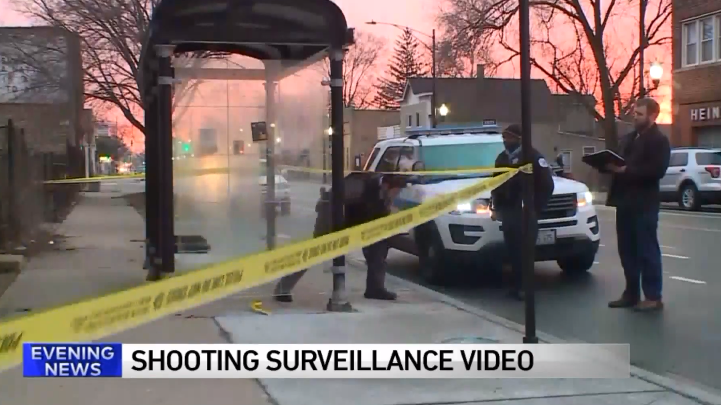 A 25 year old Chicago woman waiting for the bus at a Southside bus stop used her legally-owned, concealed carry firearm in defense of her life, early Tuesday morning.

While waiting at the local bus stop, the 25 year old woman clearly felt she had no choice but to pull out her concealed carry firearm and shoot an armed, 19 year old man in the neck who then ran away and collapsed a short while later. He made it about a block before his wound forced him to retire.

He was brought to the hospital, listed in serious condition where he was later declared dead from a single gunshot wound.

It’s apparent by the video that some sort of struggle ensued, though we don’t know what it looks like at this time due to a gap in the surveillance footage. However, the woman is seen getting off the ground at the end of the video, where it’s also heard that the 19 year old man took her concealed carry gun from her before he fled the scene of his attack.

The woman was able to land one shot before her gun was taken. That single gunshot would eventually kill her would be attacker. It is being reported that the man was armed, however we do not know what he was armed with at this time. Some reports say he was armed with a gun.

The woman received only minor injuries from the attack. You can see the video here:

We are also being told at this time that there is an ongoing investigation into the whole ordeal.

What are your thoughts on this defensive gun use story? Let us know in the comments below. Finally, if there is ever a time to be covered against this sort of event, it’s before it happens. Join USCCA, before the critical incident so you can be covered legally.

Josh is a lifelong practitioner and student of the gun. He grew up shooting/hunting with his dad, and was given his first gun, a 12 gauge shotgun, when just a small boy. After high school, he joined the Marines where his love for firearms blossomed as he qualified with an M16A2, an M9, and a 240G. Josh has been writing about firearms and tactics for several years, owns the blog Gunners Den, is a staunch supporter of the Second Amendment, and believes that each individual person has the right to self-defense by any means necessary. Currently residing in gun-friendly NC, he carries a concealed gun on a daily basis, even in his own house.
View all posts by Joshua Gillem →