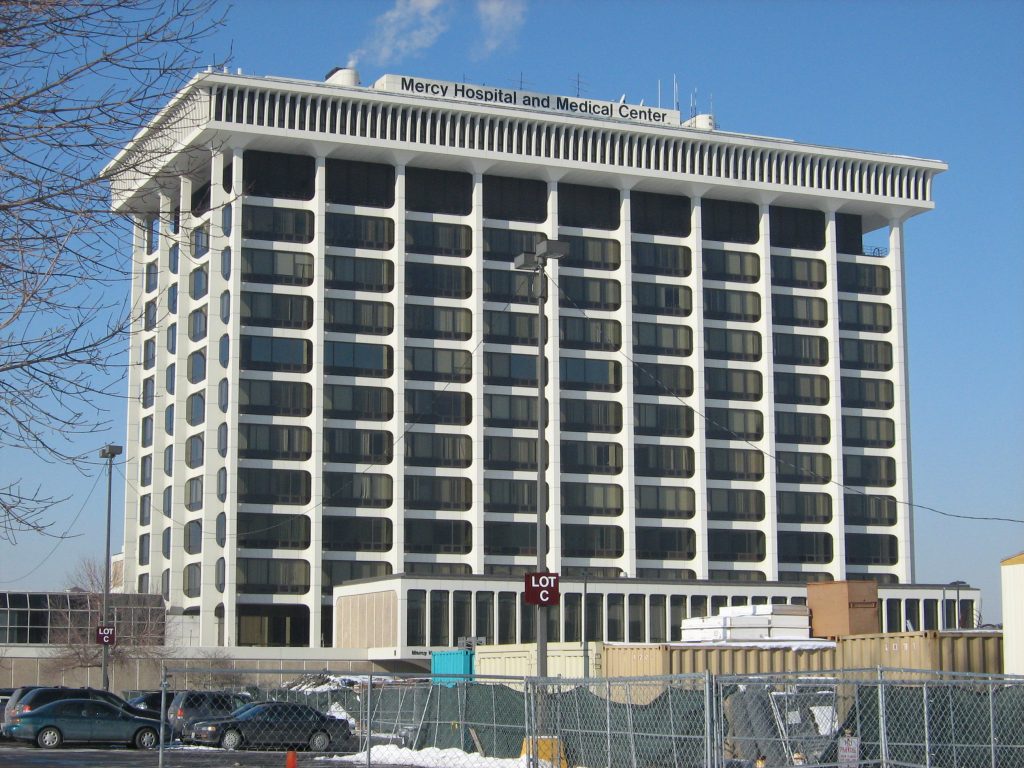 Four people are dead after a gunman opened fire inside a Chicago Mercy Hospital & Medical Center, Monday afternoon around 3:20 p.m.

A police officer, a pharmaceutical assistant, and doctor were killed when 32-year-old Juan Lopez began shooting with a 9mm handgun he was reportedly licensed to carry concealed.

According to Steven Mixon, an emergency room clerk who witnessed the shooting, Mixon had received a call from a man he believed to be the ex-fiancé of Dr. Tamara O’Neal at around 1 p.m. in the afternoon.

Later, after his shift, Mixon was waiting for an Uber to take him home when, “I look up and I see her (Dr.  O’Neal) being harassed by some gentleman,” he said. “She was trying to avoid him and move around. And when she saw me, she waved for me to come that way.”

A female co-worker tried to intervene but ran away when Lopez flashed the gun by pulling up his shirt and revealing the handgun in his waistband.

Before Mixon could reach them, Lopez had drawn and fired 3 times into the chest of Dr. O’Neal, then stood over her and fired three more times as she lay on the ground.

A police car came down the drive with lights and sirens and pulled in front of the hospital. Lopez opened fire on the car as the officers exited, returning fire as they did.

Lopez turned and fled into the hospital, the officers pursued, and the gun fight continued.

25-year-old Dayna Less, a first year Pharmacy Resident was hit and killed by gunfire as she stepped out of the elevator in the hospital lobby.

Steven White told CNN he was in the emergency room when the shooting started,

“We heard some shots so we all ran to the emergency window; we see this guy out there, military style, shooting at the police — pow, pow, pow,” he said.

One witness, Hector Avitia reported Lopez reloaded twice, “… he was just shooting like a maniac. And he obviously knows how to shoot because he was holding the gun with both hands.”

Chicago Police Officer Samuel Jimenez was fatally wounded in the lobby during the shootout with Lopez.  He was taken to University of Chicago Medical Center where he died.

28-year-old married father of 3 children, Officer Jimenez was a new to the force with just 2 years’ experience.

Chicago Police Superintendent Eddie T. Johnson said the officers, “… saved a lot of lives because we just don’t know how much damage he was prepared to do.”

When officers moved into secure the hospital they found Lopez dead with a gunshot wound to his head. It is unclear at this time if the wound was self-inflicted or not.

“My heart is with Mercy Hospital in Chicago tonight. I am praying for the victims, their families, and those who were injured during the shooting this afternoon. And I am extremely grateful to the Chicago Police Department who responded with bravery.”

Did you know, according to the FBI, armed citizens are successful 94% of the time in an active shooter/killer event?